Collaborating since 2004, Belgian artists Sarah & Charles draw inspiration from the world of entertainment and more specifically, its invisible structures. Subjects and genres such as make-believe, simulacrum, the story within the story, cinematic experience, the suspension of disbelief and music are playfully and thoughtfully reviewed in their research and practice. They produce architectural interventions and stage designs combining video, photography, sculpture and installation techniques that communicate both artists’ interests. 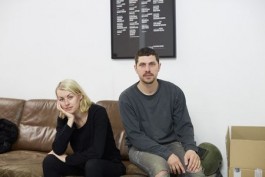 Benjamin Deboosere (°1984) studied screenwriting at the Academy of Performing Arts in Bratislava, and mastered in film directing at the Royal Institute for Theatre, Cinema and Sound in Brussels. Deboosere's research-based practice results in films, photography, installations and interventions. As a multi-media visual artist, Deboosere also collaborates with other artists, as for example Wouter De Raeve with whom they published the architecture-photography book On Tempelhofer Feld (Spector Books, 2016). 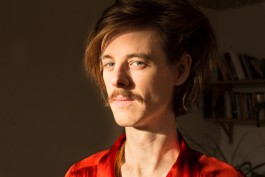 Hans Bruch Jr. (b. 1983, Brussels) holds a master's degree in cinematography from RITCS School of Arts (BE) and has been working as a DOP for over ten years. His work has been shown at film festivals such as Cannes, Venice, Berlin and Rotterdam. It was awarded, among others, the prize for best cinematography at the Les Arcs Film Festival. Recently he has also been active as a producer. With Hilife Cinematography he co-produced the short films of Benjamin Deboosere. His first short film in own production ‘So We Live’ (Rand Abou Fakhr, 2020) was part of the Berlinale short film competition in 2020. 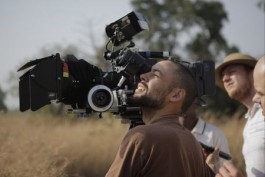